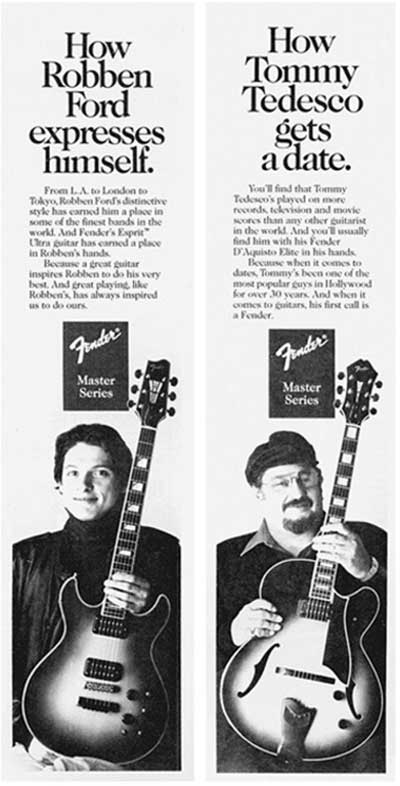 In 1954 Leo Fender introduced the Stratocaster. This guitar design became what may be the most popular electric guitar to this day. Fender is mostly known for making solid body, bolt-on neck guitars. Fender Telecasters and Stratocasters guitars are cornerstones of electric guitar history, as are the Gibson Les Pauls, Firebirds, and Thunderbirds.

The Stratocaster design is still the most copied iconic design for other builders of solid body electrics. Although innovator Les Paul pioneered the ‘neck-through body' solid-body electric guitar in the 1940s (and went into mass production with Gibson in 1952), it was the Fender guitars that were initially the most popular solid body guitars.

As I consider electric guitars, I think of them in three basic categories:

1) Gibson style (solid-body guitars with “Set-in” necks - where the neck is embedded within the guitar body - the Les Paul design;

3) Hollow body electric guitars, which were largely perfected by luthier John D'Angelico, as well as Gretsch Guitars. These guitars became very much associated with most of the great jazz guitarists. Gretsch guitars were very much popularized by Chet Atkins, as well as early rockers such as Duane Eddy, Eddie Cochran, and Bo Diddley. Brian Setzer must be mentioned as a “keeper of the flame” for Gretsch in modern times. But, it was the hollow bodies produced by Gibson that became the affordable and industry standard for jazz guitarists. 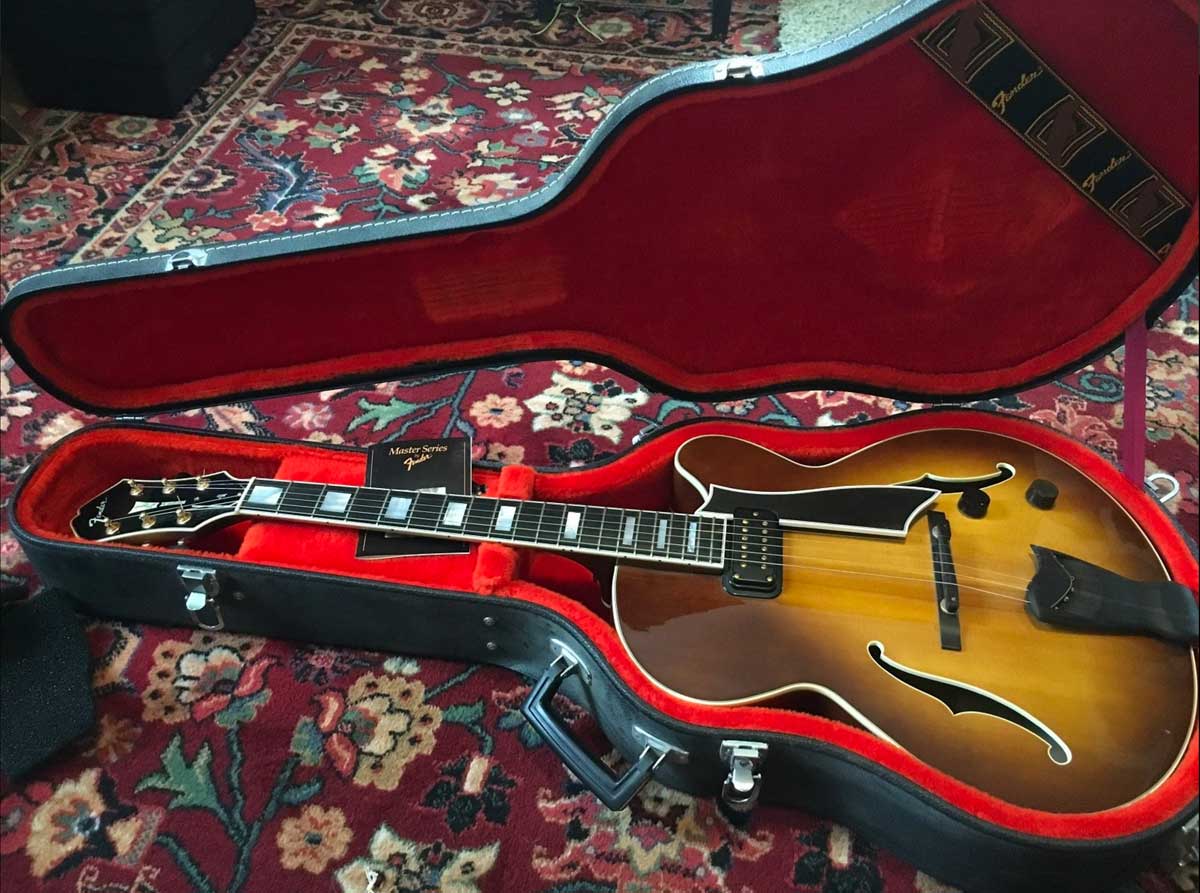 On the other side of roots electric guitarists, we have the godfather of rock guitar, Chuck Berry in the 1950s usually playing hollow body Gibson guitars. In blues music, we see B.B. King, Albert King, Johnny Winter, and Peter Green (to name a few) sporting solid body Gibsons. Freddie King favored both semi-hollow body and solid body Gibsons. In jazz guitar, Gibson also came to dominate the hollow body jazz guitar market with their great models such as the Super 400 and the ES-175. Many of these players embraced both Gibson and Fender guitars, but tended to favor the brands stated above.

Gibson also captured and dominated the market on hollow body jazz guitars in the late 1950s and forward, which were favored by the majority of jazz guitarists; players such as Tal Farlow, Joe Pass, Barney Kessel, Jimmy Raney, Wes Montgomery, and Pat Metheny (to name a few).

When the The Fender Master Series Guitars came out in the early 1980s, they were boldly stepping into Gibson territory, and it was not well-received by most players. Fender produced three models: 1) The Flame; 2) The Esprit; and, 3) the D’Aquisto archtop hollow body. These guitars were not popular at the time they came out. The general consensus was that Fender was trying to introduce Gibson-style guitars, so “why bother with these replicas of Gibsons”? Here is my 1984 Fender D’Aquisto Archtop: 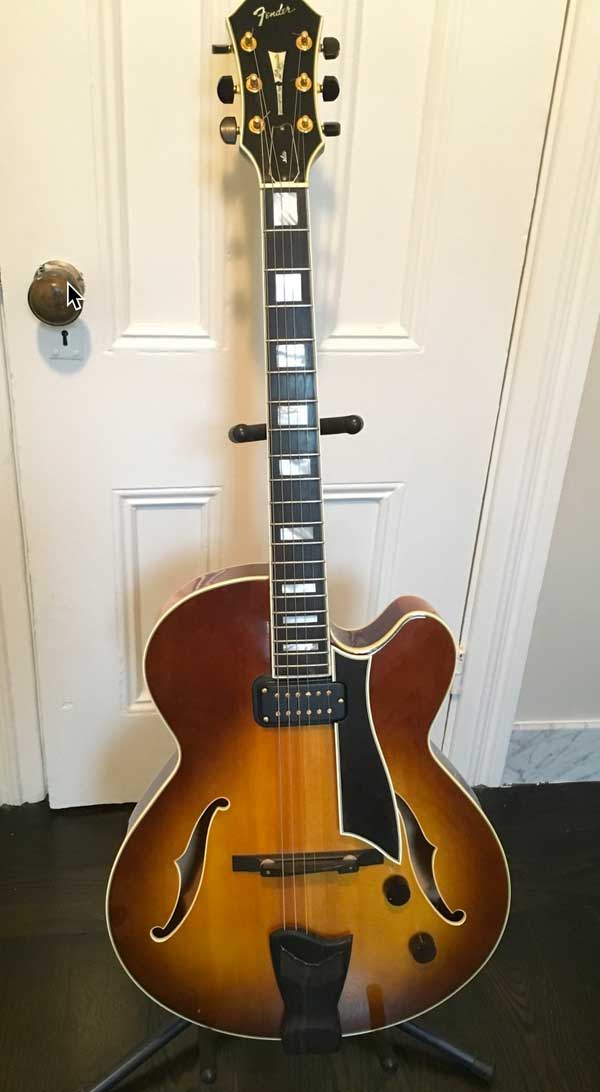 Well, what I can tell you is, Fender Master Series Guitars are some of the finest gems out there, and they are available for a reasonable price. The Esprit model was embraced by a young Robben Ford, and they later renamed it the “Robben Ford” model. It is a double cutaway, set-in neck, chambered solid body with no f-holes. The tone is awesome on these 1984-85 models. I played in an eclectic rock band called “The Rick Gazlay Group” for four years, from 1991-1994. Rick (a.k.a. Slam Buckra) played this model guitar. He had at least two of them. I played a stratocaster in that band, and you can hear how his tone really cut through over my start. 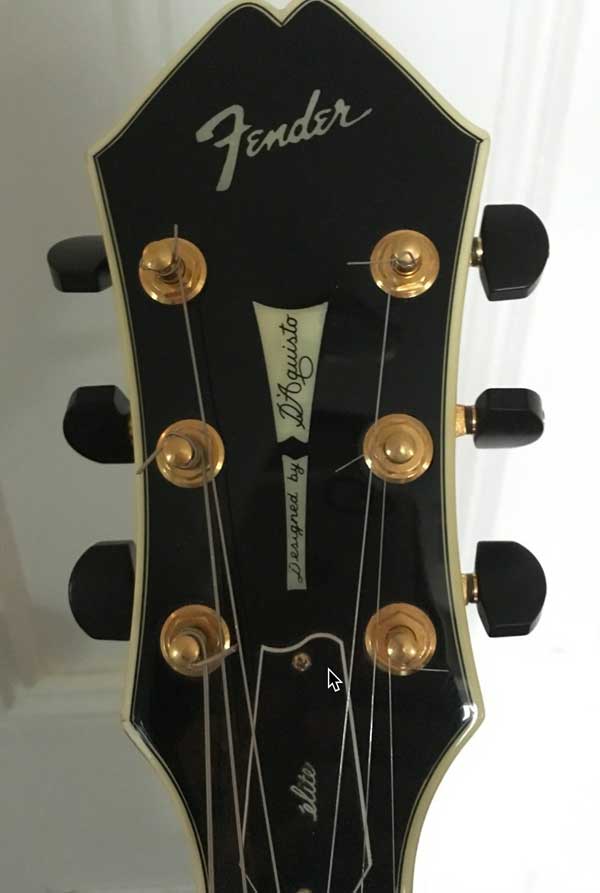 At this stage in my career as a professional guitarist, I am focused on jazz guitar. I own and cherish my 1984  Fender Masters Series D’Aquisto archtop hollow body. The tone is of the gods….ebullient, rich, with just the right balance of classic jazz guitar tone. Much better than any of the hollow body Gibsons I have owned. This guitar was designed in a cooperative venture with luthier Jimmy D’Aquisto (protege to John D’Angelico).

So, if you have never heard of these rare guitars (the ones made at the outset of The Fender Master Series Guitars, you should check them out. The ones made in 1984-1985 are the best, in my opinion. The later year models are an attempt to recreate what Fender magically hit upon in 1984, when the company was in transition from CBS ownership back to the newly reformed Fender company.

Renowned luthier Jimmy D’Aquisto personally oversaw the output of nearly every guitar in the 1984 series. Here is Jimmy Raney playing his 1984 Fender D’Aquisto live in a club: https://www.youtube.com/watch?v=OWpfN9PP2Uw Jimmy is on the right. Listen to that tone! His son, Doug Raney, the incredible jazz guitarist, would use the exact same guitar on two of his records, which are incredible. Check out the album ”Back In New York” 1996, on the Steeplechase label. I transcribed his solo from this record, on the song “I’m Old Fashioned”. Here is the link: https://www.jonraney.com/tim-quinn/ Listen to the tone of this guitar. To me, it is the tone that I long searched for. I play it through a mid 1980s Polytone amp, and I am able to get nearly the same ebullient jazz guitar tone. Finally, after so many years!!! 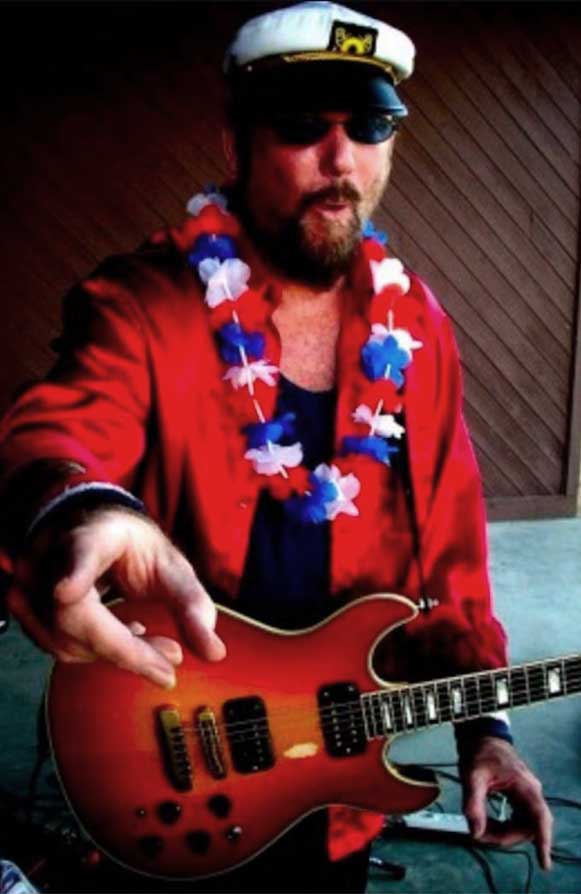 To hear Rick Gazlay and me (in my rock and blues era, check out this incarnation of the band on Soundcloud:

This is just one night recorded at Blind Melons, in Pacific Beach, CA, around 1993. Rick plays the first lead solo on the opening song, “Phone Booth”, which I sing. I was wielding a Stratocaster in those days. You can hear how his Fender Master Series Esprit model cuts through my tone. I take the second solo on my start at about 3:15 into the first song. What you get to hear is how Rick’s Fender Esprit cuts through, compared to my thinner strat tone. If you want to hear a real guitar gunslinging battle on this night, go to 46:10 in the recording. Here, Rick starts out soloing on his Fender Master Series Esprit, on the Peter Green (Fleetwood Mac) song “Long Grey Mare”. Then, the guitar cutting-match ensues, between two gunslingers, Rick and me. I think he won.